On the Importance of Speaking to Active Police

Last week I saw a Vox article making the Twitter rounds. Written by Zach Beauchamp, the article purports to have the inside track on an “ideology of American policing,” one that “justifies racist violence” in the minds of police officers. Startling stuff.

Before you hear from me, go check out the article. First though, ask yourself: How many active police officers do you think the author spoke with, based on the headline?

I initially looked forward to reading the article. I am a former officer, and now a scholar who devotes a great deal of time thinking about and researching police attitudes and beliefs. From what officers’ own words can tell us about their propensity to “de-police” to how officers perceive the “intensity” of monitoring from body-worn cameras, I approach officers as human beings with something to say, and with something worth hearing.

My initial hopes for the article were not fulfilled. The article begins with promises of a “deep dive” but ends up misjudging the depth of the pool. It soon became clear where the author went wrong: He forgot to listen to cops. Writing an article that promises insight into a group of human beings, but then not interviewing one person who is from that group, is almost guaranteed to result in a failure to communicate effectively about that group.

But don’t take my word for it, here’s how Beauchamp reports he conducted his research:

One of the critical linchpins of Beauchamp’s case is that this “ideology of American policing” starts in the academy with a showing of the “Dinkheller” video. Being familiar with that video, and somewhat knowledgeable about how it can be framed for police recruits, Beauchamp’s reductionist vision of it was quite startling.

I first encountered the Dinkheller video at the academy as a young recruit. The purpose as I remember it was in the context of how administrative “heat” can cause officers to hesitate when they absolutely should not. No one can perfectly attest to what caused Dinkheller to hesitate taking action even in the face of the most violent and predictable outcomes. Five separate law enforcement officers confirmed one version of events, centered on the idea that Dinkheller was distressed about his trouble with the Sheriff over a previous demeanor complaint on a traffic stop. Here is some support for that idea, from CNN’s coverage of the incident.

“In the late ’90s, some rank-and-file deputies believed [Sheriff Webb] wouldn’t stand by them in a crisis. This was partly due to an incident that involved Kyle Dinkheller just a few months before he died. Kyle was on his way to a crash scene with his lights flashing when he came upon a vehicle whose driver wouldn’t move aside. Because state law requires civilians to yield in those situations, Kyle spoke harshly to the man, who turned out to be a good friend of the sheriff. The man complained to Webb, who told Kyle to write a letter of apology. Kyle initially refused to write the letter. He told fellow deputies that the sheriff ordered him to write it or face severe consequences. Kyle wrote the letter. His colleagues say the sheriff made him re-write it and deliver it by hand. The incident weighed on him. When he saw Deputy Skip Lowery at the gas pumps, Kyle would say things like,”Y’all write any letters of apology today?" Two days before he died, in a friendly visit to the home of Special Agent Alan Watson of the Georgia Bureau of Investigation, Kyle mentioned the apology. His colleagues are convinced it was somewhere in the back of his mind during his final traffic stop. He knew he was being watched, and he’d learned that being right was not always enough."

Why isn’t this theme reflected in the Vox article? What’s missing from Beauchamp’s reporting? Well…officers. Though the article describes “a deep dive into the motivations and beliefs of police,” a less flashy but more honest appraisal of the approach would be: a collection of academic opinions without the mess of dealing with the views of practitioners.

To his credit, Beauchamp calls on the words of highly respected academics, including Eugene Paoline, who, along with William Terrill, authored “Listen to Me! Police Officers Views of Appropriate Use of Force,” a compelling argument for listening to the voices of actual, working law enforcement officers. The article also includes thoughts from Peter Moskos, a former officer, current professor at Jon Jay College of Criminal Justice, and author of the exceptional Cop in the Hood (really, you should read it).

So what’s the complaint then? Didn’t Beauchamp do what he set out to do? He interviewed experts and former police. Doesn’t that get you “inside the ideology of American policing”? No, it doesn’t. Despite the excellent academic contributions, Beauchamp misses the mark fairly widely by not listening to officers who are actively serving their communities. It is clear what Beauchamp missed: the gap between expert opinion, and officers’ perceptions (if you bother to ask them directly). While I’m writing in response to a journalist, this is also a reminder to myself, and others who study policing - be wary of letting our own voices carry louder than those we report on and research. All the interesting variation is in the voices and experiences of those we study; our overlays of theory and interpretation strip out that variation.

Beauchamp spends ample time unpacking expert and academic views on the Dinkheller video. Like Professor Moskos correctly says, this is a video that most every officer knows, but not many outside policing or the study of it do. Warning – it’s not a pleasant video (contains disturbing audio and video of an officer being murdered): https://www.youtube.com/watch?v=mssNOhv1UMc. If the video is too much (and it is for me), you can read about the incident here.

Beauchamp makes this claim about the purpose of showing the Dinkheller video to police recruits:

From Beauchamp’s reporting, however, all we know is his interpretation, based on a handful of experts and former officers, but not a single, actual, bonafide officer. Is that what they think the purpose of the video is? The easiest way to find out is to ask. So I did.

I called six current officers whom I know personally. They range from very close friends who would raise my children if needed, to professional contacts in other parts of the country. I promised them I wouldn’t use names, but just their rank, approximate years on the job, and current assignment. Here’s what they said about the Dinkheller video. I asked them if they remembered the video, and if so, what was the purpose of the video. This is obviously not a random sample.

These are their immediate, off-the-cuff responses that I typed directly into the document as we spoke:

So, what do police actually believe about the Dinkheller video? We have four themes:

What’s striking about these themes taken together is the notable absence of the animating thesis for Beauchamp’s article, which is: “The purpose of the Dinkheller video…is to teach officers that any situation could escalate to violence. Cop killers lurk around every corner.” Dramatic language, but not language supported by officers’ words, either in the article (because they weren’t asked), or in my quick sample. Quite contrary to the article’s thesis that the Dinkheller video teaches officers that unexpected danger is around every corner, officers see the video as teaching them expected dangers are right in front of you. That is some valuable insight, and was entirely available to Beauchamp, had he bothered to ask.

The other obvious deficiency that these six officers expose in Beauchamp’s reporting is that there is no singular ideology. This should not be surprising. With at least 800,000 officers in the US, and 18,000 law enforcement agencies, ascribing a singular ideology is tenuous at best. Doing so contributes to visions of law enforcement officers as less than fully human, as robotic and featureless cogs in a unitary system. Anyone who has researched officers knows that’s an unfair conclusion. Even worse, in the context of reporting, it is an inaccurate one. One way to avoid that kind of caricature is to spend time - a lot of time - with the people on whom you report.

Former officers and scholars, myself included, are valuable resources for insights about how officers view the world. The trap that Beauchamp fell into is assuming those insights are the same as officers’ own. This is a pernicious problem in journalism about police. Check your favorite paper and count how many times some version of “Police say…” is used. How many were followed with the views of 1) line officers, who were 2) not representing the department as a public information officer or spokesperson?

Doing better means listening to more people. Not experts on people, but the people themselves. Doing better allows you to avoid misjudging the depth of an issue, and revealing variation you could not otherwise have accessed. I only made a handful of calls, and Beauchamp only spoke with “more than a dozen” sources, but the variety of interesting themes is already too complicated and interesting to reduce down to an “ideology of American policing” as claimed in the Vox piece. Variation is good, rough reductionism helps no one.

Journalists and journalism generally, and Vox specifically, can do better. I enjoy the policy dives that Vox provides in all kinds of areas. Like many, I rely on their reportage to get an accurate picture of worlds I don’t otherwise have access to. How accurate would an article be titled “What Teachers Really Believe,” if we found out not a single teacher was used? I suspect some teacher’s might object, especially if their actual views were not represented, and they would be right to do so. 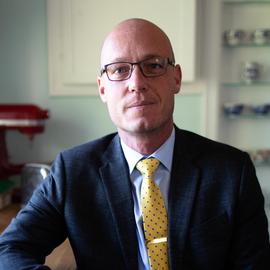